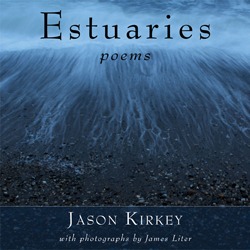 The poems in this book are an attempt to speak in a common tongue with mountains, rivers, and forests. Too often poetry is thought of as the domain of human creativity with its source in the depths of the imagination. We use it to speak of the world, but not to the non-human world—let alone with it. The poems in Estuaries suggest that speech and poetry are fundamentally rooted in the ecosystem—the detritus of fallen leaves, the curvature of a river bend, and the sound of rain on a heron’s wings. All of this might be regarded as the speech of the Earth. When we speak or write poetry that engages these voices we become a participant in the patterns of the watershed.

Every region has its watershed—the area in which all the water flows toward a dominant river and defines the character of its ecology—and each watershed, on its way out to sea, speaks its own poetry. In these times of ecological crisis we ought to listen to the voice of our habitats. We can join in through poetry, becoming consonant with our places on this Earth. The shape of our tongues—the way the sounds roll off like rivers or scrape through our throats like stones—take on the form of the geography we inhabit.

The poems in Estuaries are accompanied by the photography of James Liter, many of which were taken just for the occasion of this book. In presenting the poems alongside these photographs it is not my intention to usurp the images of the poem or the reader’s imagination but to complement them and engage at least one more of the bodily senses. Much like an actual estuary they are the meeting of two forms of art. You can enjoy both the poems and photographs as independent creations or you might view them as a single biome.  Just as there are a variety of ways to experience an ecosystem, there are many ways in which Estuaries can be read.

“Come in to the reeds and rushes—there is work to do.”

{Jason Kirkey, from the Preface of Estuaries}

There is an estuary
where streams and wild rivers meet
and mingle with the salted tides.
It gathers all the water to it
like the afterlife of rain: inevitable!

I too must be an estuary of confluent tides—
this earth-body of antlered thoughts,
the decay of leaves: my branching mind.
Tumbling with stones and salmon toward the sea,
the rivers of the Earth move through me. 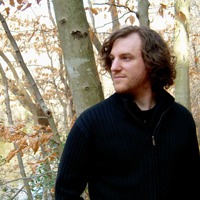 Jason Kirkey is an author, poet, and the founder of Hiraeth Press. He grew up in the Ipswich River-North Atlantic Coast watershed of Massachusetts. With a background in both environmental philosophy and conservation biology, Jason’s work is focused on rewilding the human heart and mind. He has written four volumes of poetry, including Estuaries, and a nonfiction book, The Salmon in the Spring. Jason is currently at work on his second nonfiction book and a novel.