An Ecology of Interfaith | An Essay 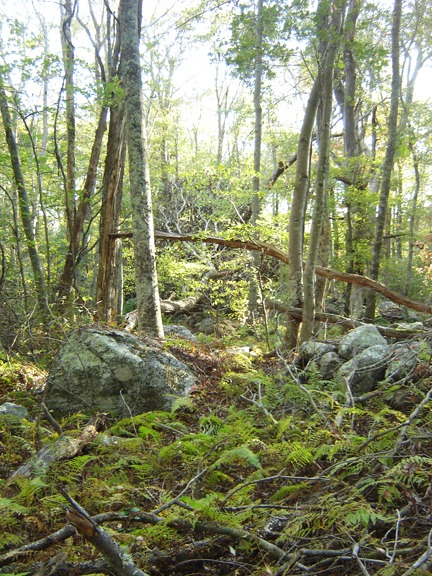 An Ecology of Interfaith: A Biological Argument for the Necessity of Diversity

Diversity is a word we hear all the time.  Generally, in our society, it is considered a “good” thing, perhaps even a “value”, particularly among liberals.  But generally little more is said of it than that we should appreciate diversity because it makes for a more interesting culture and because—in the name of “tolerance”—we should not ostracize those who are different.  While I agree with these sentiments, I’d like to make an argument for diversity that speaks to the very survival of humanity, an argument rooted in biology and, in this case, applied to the world’s great spiritual and cultural traditions.

The current ecological crisis has brought the term biodiversity into the public sphere.  Most of us, regardless of educational levels, recognize that a lack of biodiversity—that is, fewer varieties of living species—is a catastrophe in the midst of an ecological collapse and a mass extinction.  This presents a problem in two ways that relate directly to cultural diversity.  First, the loss of biodiversity leaves gaps in ecosystems when certain niches are no longer filled.  We need a predator like a wolf, for example, because that niche has repercussions throughout an ecosystem.  Without the wolf, species it preys on become too abundant, leading to the destruction of other species, and so on and so on.  Similarly, in a culture we need a diversity of thought to provide a similar balance.  When all information is passed on through the corporate media, it is extremely difficult for dissenting views to be heard.  This is a problem not merely because it marginalizes certain kinds of thinking, but also because that marginalization threatens our survival.  When the only ideas that our politicians have to deal with the ecological collapse are technology and the market, we are in deep trouble.

Second, a loss of genetic diversity in a species leads to a loss of possibilities for that species’ survival.  Factory farming, for example, leads to a narrowing of the genetic make up of the species we consume. The many breeds of cows that arose through animal husbandry were an expression of the unique circumstances in which those animals evolved.  Today, we only favor breeds that can survive in the horrific industrial conditions of the factory farm and that produce large quantities of milk.  There are many problems with the approach, but I will focus here on its consequences for the survival of the species.  This narrowing, in the event that climate conditions change or a new disease is introduced, makes it far less likely that the species will find an evolutionary solution for survival.

A loss of cultural diversity can have a similar result.  The imposition of Western industrial culture on the rest of the world through globalization marginalizes many of the world’s great religious traditions.  Indeed, even those who profess to be strict adherents to their faith have lost elements of their tradition in subtle ways.  How much do Islamic fundamentalists know of Ibn ‘Arabi? How much do Christian fundamentalists know of Thomas Aquinas?  A superficial diversity in which there exists a shallow “tolerance” for various faiths is not enough either. A species in crisis requires radical ways of looking at the world.  Moreover, if we take the lessons of ecology to heart, the sort of interfaith that waters down every religion to a sterile and perfunctory sameness misses the opportunity for the diversity of ideas required in the face of the unknown.

The loss of languages that parallels the loss of biodiversity is a good example of how we are losing cultural diversity.  Each language represents a completely unique and not entirely translatable form of wisdom.  Like a species, it arises in a particular context—in the case of languages, this context is both ecological and cultural.  Once lost, like a species, it can never be recovered.  If everyone speaks only English, we only have one way of understanding our world.

A consequence of the loss of biodiversity can be found in genetic engineering, which can lead to the quick extinction of a species due to the presence of a “Trojan gene”—that is, a gene created for a trait that serves industrial farming but, when introduced to the general population, leads to its demise.  Similarly, a sort of Trojan idea—in this case, that we are primarily isolated individuals, consumers, and two-dimensional Facebook pages—which allows us to live in the sterility of Modern industrial culture and which leads us to become increasingly passive consumers rather than creators of culture, can lead to the demise of our species as many of the common assumptions of Modernity unravel.

If religion has any role in the future of our species, we must find a way to retain its diversity in the face of globalization.  Indeed, the diversity of our religious traditions is perhaps one of their greatest values in the face of an uncertain future.  Just as we require genetic diversity in the midst of climate change, we also require cultural diversity.