Call of the Sun Child is now available in paperback and ebook on Amazon, B&N, and in your local indie bookstore! 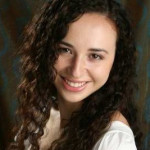 Francesca G. Varela was raised in Oregon’s Willamette Valley. She graduated from West Linn High School in 2011 and is currently studying Environmental Studies and Creative Writing at the University of Oregon. Her dream of becoming an author began in third grade, and her writing career had an early start; she had a poem published in the 2002 edition of The Anthology of Poetry by Young Americans. Call of the Sun Child is her first novel. When not studying or writing, she spends her time practicing piano and violin, figure skating, walking her dog, Ginger, and exploring Oregon’s wild places. 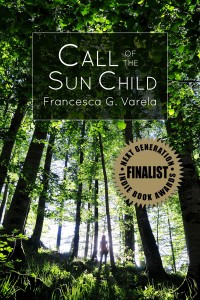 About the Book: Sempra has lived all of her sixteen years in an enclosed dome called the Circadia Stable Living Facility. It is structured, sustainable, and windowless. After the sun grew in intensity, causing society to become nocturnal, it was the only safe place to go. No one remembers the outside world. For 150 years the government has warned them about the deadly sun, and savage, vengeful outsiders. There is only one punishment for any crime: to be exiled from the facility. But Sempra is curious. Beyond those walls, what is there to see? When she and her childhood friend, Alden, discover a forbidden book, she begins to question the facility, and, with it, everything she has ever known.

“Call of the Sun Child is written in a haunting and beautiful prose. Varela trusts her readers with figurative and poetic language that paints an almost dream-like setting in post apocalyptic America. Varela does more than write a story, she captures the vague and elusive emotions of Sempra, a girl who must learn to dream of freedom before she can pursue it.”

In Call of the Sun Child, Varela has created a living, breathing world, that which was formed from her own passions. This tale of a lost girl, Sempra, and her transformation into adulthood is poignant and real. The world she exists in is somewhat distant, but unfortunately not distant enough. A cautionary tale, a coming of age tale… it all asks us the important questions: “Who are you and why do you believe what you do?”