Companionship | A Preview of Afoot in Connecticut 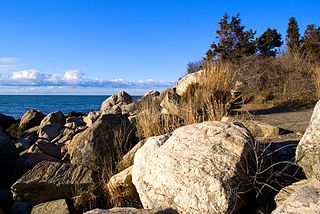 We slept long, completely at home in the birdsong woods, then struggled out of our sleeping bags into the crisp mountain air. After breakfast of black tea, oatmeal, and dried blueberries, we took down the tent and I shouldered the pack. We each grabbed a walking stick and headed directly from the site through the forest to the old grassy road. From there we hiked up a steep slope, clambering over boulder jumbles, and reached the ridge overlooking eastern New York. There we sat on a ledge and ate apples and chocolate. I talked to her of my fishing experience here and she told me of her family camping trips to Hammonnasset. On Cobble Mountain we continued along a ridge trail that promptly disappeared. Nonplussed, we crept down a nearly vertical slope. Amy seemed worried, but I expounded on the wonders of getting lost, giving her the wise lessons I thought I learned in my years of hermitage.
And then it happened – something frightfully new and unexpected, something horrifying. “Ow!” Amy exclaimed as she followed me down a steep eroded area of dirt and roots.
“What happened?” I turned around.
“A bug flew into my eye!” And then, “Ow!” she cried again.
Moving quickly, towards her, I immediately saw the cause – a cloud of fierce bees. “You’ve stepped on a bees’ nest! Quick, this way.” I sprang into action, grabbed her walking stick, and tried to pull her down the slope as quickly as possible without breaking our ankles. Pulling my fleece from the backpack, I swiped at the sluggish but vast cloud of bees that was attempting to crawl underneath her clothes. One of the single-minded warriors stung me on the wrist, but Amy cried out with a seemingly endless succession of painful stings.
As soon as we seemed to be far enough away from the disturbed nest, I stopped her on a flat boulder and hastily crushed the remaining insects, stripping her down and finding two underneath her shirt. She was crying now, scared, and I endeavored to calm her, knowing that the poison in her veins could be deadlier in an anxious state.
“Are you allergic?”
“No,” she sobbed, and relief washed over me. She wasn’t going to die. Nevertheless, we were lost in the woods, far from the car, and even farther from the town of Kent.
“It hurts,” Amy stated simply, and my heart nearly broke.
“We’ve got to get out of here. Can you walk?”
“I think so.” And so, my love for her guiding me like a spear, I found a deer trail in a hanging hollow and followed it back to the grassy road, where we stepped quickly in the direction of the campsite. I interjected comforting words, cursing the bees. “It wasn’t their fault,” she said, and in amazement at her grace and wisdom, I demurred. How could she be so forgiving, so understanding? I could see her pain, multiplied the one throbbing sting on my wrist by twenty and shuddered.
We reached the car, I jolted onto the gravel, and zoomed to the Park Office. They had nothing for bee stings, but the very young ranger directed me to the grocery store in Kent. I broke all traffic laws and ran inside, buying everything they had that was remotely appropriate. I treated her injuries the best I could and headed home, where a paste of baking soda was concocted and applied again and again. The next few days were spent recovering from the incident, which I feared would put an end to our forays into the forests. But I underestimated Amy, and the healing power of walking in Connecticut. We returned to the places I loved and I marveled at her resilience. And this incident, though it seemed like disaster, became another story in our shared adventure.