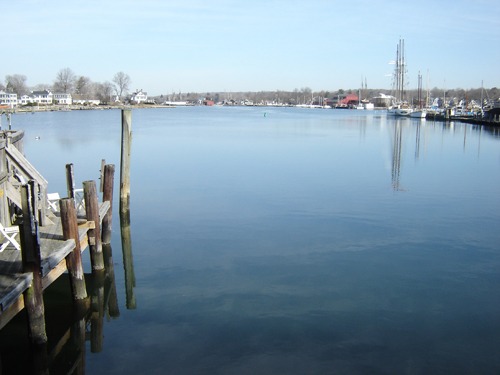 “It was just a hobby, an aspiration, it wasn’t a reality,” says Leslie Browning, who also goes by L.M. Browning.

That reality has come full circle for the 30-year-old, as both a recognized author of poetry and fiction and as founder of a new independent publishing company based in her hometown.

Browning was instrumental in launching Homebound Publishing in 2011 as an imprint of Hiraeth Press, a Boston-based publisher of nonfiction and poetry formed in 2006. She joined that company two years ago to learn the ropes of publishing and to work with kindred spirits in the genre of spiritual and mystical writings.

“I’d always wanted to open my own publishing house, but I was so intimidated by the process of applying for the business licenses and taking on something of that financial magnitude,” says Browning, who in the past two years has been nominated for the respected Pushcart Prize for her poetry and for her first novel, completed last year. Her writings are shaped by her studies of world religions, nature and philosophy.

As a partner and co-lead editor of Hiraeth, she has been doing everything from reviewing incoming manuscripts and deciding if they should be published to shepherding books out into the market. When the opportunity came for her to take the reins of the new publishing house, she jumped at it and brought Homebound to Stonington.

“We call ourselves a contemplative publisher,” says Browning. “We want to write books that will aid people in trying to find themselves and understand their place of belonging in the world now.”

The publisher is releasing three books in its first year. Released yesterday is “The Crucifixion,” by Theodore Richards, a poet, writer and religious philosopher. Homebound describes the book as a modern American myth, reclaiming the mythic patterns of Christianity, reframing the Old Testament in terms of the flight of African Americans from the Deep South during the Great Migration (1910-1970) as the struggle for meaning in the modern, urban America.

Richards’s “Cosmosophia,” published in 2011 by Hiraeth Press, won the Independent Publisher Awards Gold Medal in Religion. He is founder and executive director of The Chicago Wisdom Project and a dean and lecturer on world religions at The New Seminary.

Homebound also will publish Browning’s first full-length novel, “The Nameless Man,” which she co-authored with her mother, Marianne Browning.

The book is a contemporary tale of 18 strangers traveling through the Holy Land. Forced to take refuge in Jerusalem during a militant attack, kept in close quarters in an abandoned building for four days, the group is challenged and transformed by a mysterious nameless man, a fellow traveler, who poses a revolutionary perspective on the age-old questions of love and evil, religion and god.

The third book, “The Sapphire Song,” by Todd Erick Pedersen, is a tale of two young lovers, a visionary sculptor and a storyteller from a distant township. It also has been nominated for a Pushcart Prize.

Although Homebound has chosen its three titles for this year, Browning says it is still open to submissions. It also produces “The Wayfarer,” a biannual literary magazine of contemplative poetry and prose. Browning serves as executive editor.

“We’re aiming for (publishing) six to eight titles a year,” she says. “For a small, independent press, that’s considered a lot. We could do more, but we would rather keep the quality up and choose only books that we’re totally in love with.”

Homebound is producing paperback and e-books, consciously mindful of its carbon footprint. Browning says it is going to great lengths to partner with printers who follow sustainable foresting practices. The publisher will make an annual donation to an ecological charity.

Locally, Homebound paperbacks are carried at Bank Square Books in Mystic and The Other Tiger in Westerly, R.I., as well as online.

Suzanne Thompson lives in Old Lyme. Catch her weekly radio show, “CT Outdoors,” on WLIS 1420/Old Saybrook and WMRD 1150/Middletown. She can be reached at suzanne.s.thompson@sbcglobal.net.