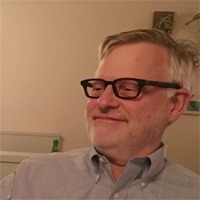 John Neeleman’s editorial model is historical fiction in a largely realistic mode, though there are hallucinatory passages that reflect Neeleman’s concern with philosophical and spiritual matters, in part a residue of what is prosaically called a religious upbringing. John spends his days working as a trial lawyer in tall buildings in downtown Seattle. He also represents death row inmates pro bono in Louisiana and Texas.