Logos: A Novel of Christianity’s Origin by John Neelemen is now available worldwide in paperback and ebook! Look for it on Amazon, B&N, and in our bookstore, or on Kindle, Nook, or Kobo. Read the first chapters here or checkout the reviews on Goodreads.

While novels and cinema have repeatedly sought after the historical Jesus, until now none have explored what may be a more tantalizing mystery—the Christian story’s anonymous creator.  Logos is a literary bildungsroman about the man who will become the anonymous author of the original Gospel, set amid the kaleidoscopic mingling of ancient cultures.  Logos is a gripping tale of adventure, a moving love story, and a novel of ideas.  None of this should be regarded as out of place or incompatible in a novel about Christianity’s origin.  Dissent, anarchism, and revolution—and incipient Christianity was no less these things than the Bolshevik, the French or the American revolutions—inevitably have involved ideas, adventure, and romance. 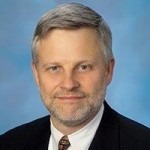