The Breach by David K. Leff

Imagine walls could actually talk as a New England factory community faces closure of its signature mill due to environmental contamination and foreign competition.  This story of politics, family life, competing redevelopment schemes, gossiping locals, and a mother fiercely protecting her children is told in the voice of common objects―from the church steeple clock to a Bridgeport milling machine to an umbrella.  They witness a bit of drinking, sex, a suicide, and the hopes and dreams of the human beings around them.  How did these everyday things find their voice?  Readers may never again look at the ordinary objects around them the same.

Advance Praise for The Breach

Everyone is familiar with the old saying, If these walls could talk.  It’s just an adage, of course. But play along for a moment.  What if these walls could talk?  What if that massive old oak needed to express some of what it has seen being the oldest living thing for miles?  What if the time clock in the factory had something to say about the looks on peoples’ faces as they punched in and out day after day after day?  What if our watches could speak?   Would they speak of all the reasons, important and inane, that they’ve checked the time?  In David K. Leff’s brilliant new book, The Breach – Voices Haunting a New England Mill Town, these things–and more–do speak, and Leff’s recording of these subtle murmurations, is captivating, recognizable, and extraordinarily poignant. These are the astute voices of the proverbial ghosts in the machine, and the tale they tell is one of hard work, love and loss, and the heartrending toll time and progress take on all of us, and all gloriously divulged by the discreet, patient objects, large and small, with which we live, as if they can neither hear nor see us.  The Breach suggests we might want to rethink that notion.  This is among the most original and compelling works I’ve ever read.  In fact, I’m pretty sure my lamp just uttered, in its light voice, David’s new book is marvelous!  And I couldn’t agree more.

–John Stanizzi, author of Hallelujah Time and Ecstasy Among Ghosts

“The Breach is a book to savor.  The evocative images of small-town personalities swept along by twentieth century realities lingered in my mind long after I closed the cover.  It is part poetry, part drama, told through the unique voices of observant objects that are endeared to readers by their earnestness.”

“In The Breach David Leff has given a remarkable presence to what we offhandedly term “things.” A chorus of objects and entities speaks about the rise and fall of a Connecticut mill. Their words are poetic yet terse, full of commonsense but regret, too, and form a chorus that has a moving, Our Town effect. What comes across in poem after poem is the fraught ordinariness of lives that have depended on the fortunes of industry, lives filled with silent testimonies that in Leff’s hands are no longer silent.”

“Just as compelling as David Leff’s story of a community that falls apart and then begins to reinvent itself is the way he tells it, by speaking through the ordinary objects that ordinarily remain in the background.  His message: these clocks, desks, tools, and floorboards are witnesses to human actions. They have stories to tell and lessons to teach, if only we’d learn to listen to them.”

“Has anyone nowadays seen the likes of The Breach?  It poses as an anonymous collection of poems of more or less contemporary vintage, and, even more eccentrically, one that uses the rise and fall of a machining company once crucial to a small Connecticut town to explore all manner of human intrigue in that town and, by implication, in the human heart at large. I surmise the author describes himself as anonymous because he thought –with ample justice—that physical objects as diverse as a refrigerator, a 55-gallon drum, and a streetlight, to mention but a few, could eloquently render the neighborhood’s sociology, history (factual and emotional), internal politics on their own– if they were somehow given their own voices. Particularly in light of its essayistic obligations, the poetry is generally of a very high order, and “editor” David Leff, deserves kudos for bringing such striking and original material to light.”

“What a trove of small town Americana David Leff has given us! In The Breach we have a microcosm of the distress and degradation afflicting many a small town following the loss of its major industry.  But the poems in this latter day Spoon River Anthology are also vastly entertaining in their depiction of artifacts from an earlier period and of a mill town’s modern denizens out of touch with those artifacts.  It was a stroke of genius on the part of the “anonymous author” of these poems to have their speakers be the things of that bygone world.  Leff’s able “editing” of the poems has enriched the unforgettable personalities of Rockwood Falls, be they a steeple clock, a 55-gallon steel drum, a Royal Touch Control Typewriter, a beset politico, a local femme fatale, or a love-struck banker.”

“The Breach tells a familiar tale of the death (and possible rebirth) of a New England mill town from an unfamiliar perspective – the observations recorded by the everyday objects in and around town.  David K. Leff animates these normally inanimate objects, whose hidden voices reveal the human struggle around them.  An object – the old mill – is at the core of this tale, the heart of the town, but also the source of its pain and suffering.  Leff immerses the reader in the small-town crucible where jobs and the local economy clash with environmental protection and the health of the residents.  Readers will delight in Leff’s creative imagery, the fluidity of his prose, and his ability to masterfully weave The Breach’s tapestry of vignettes into a compelling narrative.”

–Robert J. Klee, Commissioner of the Connecticut Department of Energy and Environmental Protection, 2014-2018 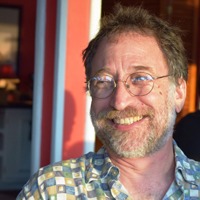 David K. Leff is an essayist, Pushcart Prize nominated poet and former deputy commissioner of the Connecticut Department of Environmental Protection. He is the author of six nonfiction books, three volumes of poetry and a novel in verse.  His 2016 book, Canoeing Maine’s Legendary Allagash: Thoreau, Romance and Survival of the Wild won a silver medal in the Nautilus Book Awards for memoir and a silver medal in the Independent Publisher Book Awards for regional nonfiction.  In 2016-2017 the National Park Service appointed him poet-in-residence for the New England National Scenic Trail (NET).  David’s journals, correspondence, and other papers are archived at the University of Massachusetts Libraries in Amherst.

David is a trustee of Great Mountain Forest in Norfolk, Connecticut and on the Collections Steering Committee of the Connecticut Historical Society.  He has served on the boards of the Riverwood Poetry Series, Connecticut Forest and Park Association, the Connecticut Maple Syrup Producers Association and Audubon Connecticut.   He has taught nature poetry at the famed Sunken Garden Poetry Festival, the Mark Twain House and Museum in Hartford, the Emily Dickinson Museum in Amherst, Massachusetts and elsewhere.  David has been a contest judge for the Connecticut Poetry Society and given poetry readings at venues throughout the state.  He has lectured on environmental and historical topics, the craft of writing, and other subjects on college campuses, at conferences, for annual meetings and at other events.  David is the town meeting moderator and town historian in his hometown of Canton, Connecticut where he has also served 26 years as a volunteer firefighter and in other civic activities.