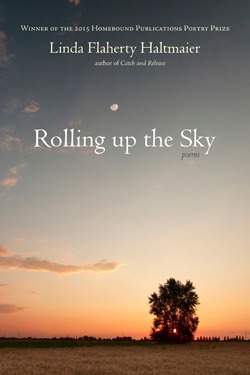 Rolling up the Sky

Praise for Rolling up the Sky

“Linda Haltmaier’s poems capture moments in time, fleeting and beautiful as a hummingbird’s flight. At the same time, a comic flare emerges when she invites an old friend whose belly has gone ‘slack like a Buddha in repose’ to ‘come, let’s laugh til our hearts split open.’ Blending the comic with the tragic, Haltmaier explores the ‘wreckage’ of a relationship with the same clear eye as her poems about family life, its joys and sorrows, and about a natural world in which she assumes the power to “roll up the sky,” transporting it and her reader to a new and better place.”

—Claire Keyes, author of What Diamonds Can Do

“The poems in Rolling up the Sky tell stories about mothers and daughters, about struggle, about grief ― but no matter how painful their occasions, these poems are full of warmth and humor. Haltmaier is so honest in her probing of experience and so attentive to the many minute phenomena of the world around her, that to me Rolling up the Sky seems like one long love poem to life itself. Brava!”

“The best poets spark truths in us that bypass differences – and evoke emotions grounded in what binds us to ourselves and to the world. Such is Haltmaier’s poetic power–a power rooted in nature, inflected by love, and resonant with existential intensity and depth.”

“When Linda asked me to read Rolling up the Sky, I almost said no. I’d rather not have to tell someone I can’t endorse their heart’s work, so I usually plead busyness. Thank god I said yes! What a world Linda opened up to me–-a universe of good mothers and wily bullfrogs, of fifty ton graham crackers and dementia turned beautiful: so many glimpses of the beyond. Like all good poetry, her poems remake you into something far bigger than your everyday self.” 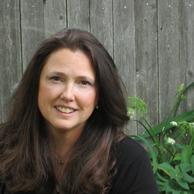 Linda Flaherty Haltmaier is an award-winning writer and the Poet Laureate of Andover, Massachusetts. She is the winner the Homebound Publications Poetry Prize for her full-length collection, “Rolling up the Sky” (2016). She was named a finalist for the Princemere Poetry Prize and the Tucson Festival of the Book Literary Award. Her poetry has been nominated for a Pushcart Prize and has appeared extensively in journals and anthologies. Her debut collection, “Catch and Release”, was published by Finishing Line Press.