The Boat-Rocker by L.M. Browning | Nominated for The Pushcart Prize 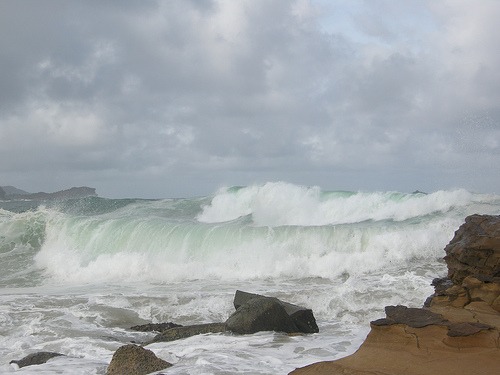 Recently, “The Boat-Rocker” from L.M. Browning’s new book, Fleeting Moments of Fierce Clarity: Journal of a New England Poet, was nominated for the 2013 Pushcart Prize. Below you can enjoy the full journal entry and poem.

Often, when looking back on my younger self, I see a fool ignorant of the workings of the world, and yet there are other times when I look back and see myself as wise in what truly mattered; for while I was ignorant of the backlash that might follow certain choices, I knew enough to heed my heart above convention or expectation.

I was once a boat-rocker; I was never one to sweep things under the rug or silently accept an illusion or false version of events, no matter how much those around me wished me to be otherwise. This angered a great many people around me who depended upon the illusions for their daily comfort.

Slowly, I have come to terms with the fact that eventually, we boat-rockers must face the wrath of those who reap from the status quo. Few of us survive with our defiance intact. At some point, all those who fight a long battle look back on the clarity, strength, and bright-eyed hope they had in the beginning and long for renewal.

There was a time in my life when I had fierce clarity for more than a fleeting moment and during that time I acted without fear; however, circumstance has since taken its toll.

I am exhausted now, inside and out, after being overworked and made to struggle to have the simplest of things. I have been sedated by my uncertainty and fatigue, but oh how I long to return to that fearless time when, no matter the storm churning around me—no matter what forces it meant I would face—I rocked the boat if it meant a lie would be overturned.

Part of me died

Gasping, the defiant self

I am left to fear

To which my trauma

To revive the wild ways,

To take a stand as I once did—

Fearless and fierce amidst churning swells.

Fleeting Moments of Fierce Clarity is now available in our bookstore and worldwide.