The Charity Houses of Cape Cod by Amy Nawrocki 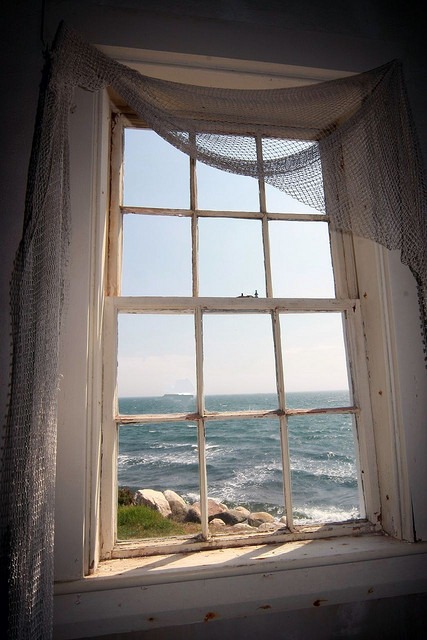 In her latest collection, Reconnaissance, Amy Nawrocki plays voyeur and thief, surveying canvases and investigating bookshelves, searching for creativity’s origins and exploring the nature of inspiration. The poems in Reconnaissance uncover muses between the frayed pages of Byron and Shelley, in Chagall’s stained glass, at Oscar Wilde’s grave, past the deep bogs of Glencoe, and in the far away snow caps of Mount Fuji. In these insightful and elegant poems, Nawrocki invites us to believe in “the authenticity of first sight.” Open the paint box and learn how to stare.

Look for Reconnaissance in our bookstore or on Amazon, B&N, Kindle, Nook, and Kobo.

The Charity Houses of Cape Cod

This is what Thoreau
called those rickety
and shingled bungalows

the most humble
of structures, when
wooden planks know

they are no match
for the tyranny
and heartlessness

of sea storms. When
he walked along
the Cape Cod shoreline,

Thoreau’s mapmaker feet
followed the path
his mind sought between

the Nauset Plains
and Highland Light,
the urge to become

a little more salted
seeping into his skin.
In these small shacks

he found company,
even when no other souls
were about—comfort

from a lonely stretch
of steady, barren beach.
Shelter, whatever

form it takes—whether
the lucky shade
of the high cumulus,

or the calm, temporary
sedation of low tide,
or even a sloped roof

suspended with the architecture
of nails and grooved logs
over a dry, simple place—shelter

before the gulls
with their appetite and spite
return to feed.

Amy Nawrocki is a Connecticut native, raised in Newtown and now living in Hamden. She earned a Bachelor’s degree from Sarah Lawrence College and a Masters of Fine Arts from the University of Arkansas. She has received numerous honors for her poetry, including awards from the Litchfield Review Poetry Contest, the Codhill Chapbook Competition, The Loft Anthology, Phi Kappa Phi, New Millennium Writings, and the Connecticut Poetry Society. Finishing Line Press published her three chapbooks: Potato Eaters, Nomad’s End, and Lune de Miel. With her husband, Eric D. Lehman, she wrote A History of Connecticut Wine, A History of Connecticut Food and A Literary History of Connecticut. She teaches English and Creative Writing at the University of Bridgeport and is mother to two cats, Maple and Django.