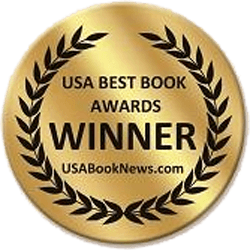 The Crucifixion is a modern American myth reframing the Old Testament in terms of the flight of African Americans from the Deep South during the Great Migration and the New Testament as the struggle for meaning in the modern, urban America.  It is the story of a young man who is lost and alone, and must return to the city of his birth to find his place in the world.  Ultimately, the man must awaken from the urban nightmare in which the world is “black and white” to realize that he and the city are embedded in a world of living color.

Theodore Richards is a poet, writer, and religious philosopher. He has received degrees from various institutions, including the University of Chicago and The California Institute of Integral Studies, but has learned just as much from traveling, working or studying all over the world; and from the youth he has worked with on the South Side of Chicago, Harlem, the South Bronx, and Oakland. He is the author of Handprints on the Womb, a collection of poetry; Cosmosophia: Cosmology, Mysticism, and the Birth of a New Myth, recipient of the IPPY Gold Medal in religion and the Nautilus Book Awards Gold Medal; the novel The Crucifixion, recipient of the IPPY bronze medal; and Creatively Maladjusted: The Wisdom Education Movement Manifesto,which radically re-imagines education. Theodore Richards is the founder of The Chicago Wisdom Project and teaches world religions at The New Seminary. He lives in Chicago with his wife and daughters.

View the full results of the USA Book Awards» 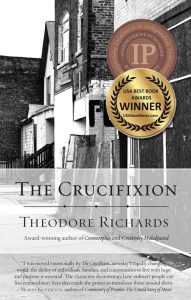