The Inspiration Behind Logos | by John Neeleman

Read about the inspiration behind John Neeleman’s historical novel, Logos.

A mystery that must fascinate and haunt all former believers and progressive believers, regardless of faith, is at the heart of Logos—what kind of person would set out to create sacred scripture, to be the source of enduring myth?  Who was Homer?  Who was Harold Bloom’s Redactor (the editor and assembler of the Pentateuch)? Who was Joseph Smith (he said, “No man knows my history”)?  Who was the anonymous author of the original Gospel? Why did they do it?  What is the “back story”? Certainly each such person is different, though each understood the awesome power of story, and whoever became possessed of such strange and overwhelming creative impulse must defy facile judgment.

So my debut novel Logos is about the anonymous author of the original gospel.  Part of the foundation of mainstream modern gospel scholarship is that there was an original gospel, now lost, that was a common source for the canonized Mark, Matthew and Luke gospels (which preceded John).  The seed of Logos was Nietzsche’s speculations in The Antichrist  about the creators of the Christian story. He suggested that the gospels were produced by refugees of the Romans’ destruction of Jerusalem in the year 70, and their aim was a kind of vengeance, not by arms, but by the power of an idea. In the beginning, all Christians were Jews. And from the historical record it is evident that the trauma and dislocation proceeding from the obliteration of the Jewish kingdom and the extinction of the Judaic temple cult, including destruction of the Temple, and the associated holocaust, led to the diaspora of Jews and reevaluation among Jews of Jewish history and the Jewish experience that was essential to the spectacular success of both Christianity and Rabbinical Judaism.

More recent scholarship including Harold Bloom’s writings about the first schism among the followers of Yeshua provided additional dramatic context for Logos. Logos in part dramatizes the split between Greco-Roman Pauline Christianity and James’ more ascetic, rural centered faith derived from Yeshua’s teachings that was more closely associated with ancient Judaism or the Essene movement and that may have been the seed for the rise of Islam.

The first time I read War and Peace I told myself that I wanted to try to write a novel that dealt with religion and portrayed an entire society transformed by war like that masterwork did.  Indeed, from the historical record it’s evident that like the Russian nobility at the beginning of War and Peace, who were Russian to the marrow, but steeped in French culture, speaking French, going to the ballet and the opera, reading French novels, eating French food (yet despising Catholicism), adoring Napoleon and quoting him (until he turned on them), the Jews—including Paul—who created the Christian canon regularly spoke and wrote in Greek, which at that time and place was the language of the intelligentsia, and were originally nobles closely associated with their Roman overlords.

Fittingly, then, Logos explores Christ as the power of story through the medium of a powerful story. Nietzsche’s speculation seems plausible to me, and it inspired Logos’ premise.  But this scenario as well follows the archetypical course of the heroic epic.  Logos is loosely and ironically based on the plot of the Aeneid, Virgil’s epic poem that tells the legendary story of Aeneas, a Trojan who fled burning Troy following its destruction by the Greeks, experienced a period of wandering that involved a star crossed love affair with Dido, a queen of Carthage, and ultimately made a sea journey to Italy, where he founded the Roman civilization.   Not only does Logos follow heroic norms, it can claim status as a sequel to the Aeneid, just as the Aeneid is a sequel to the Iliad.

Paradoxically, the term “Logos” captures both Christianity’s and the modern empirical account’s source of Christ’s power.  As I tell my children, even if you don’t regard the Bible as a history book, the Bible proves the awesome power of story.  To traditional Christianity, “Logos” is a manifestation of God, as mediator between imperfect matter and perfect idea.  It is a concept innovated by the Jewish philosopher Philo, adapting it from Greek philosophy.  Philo was a contemporary of Paul of Tarsus and the historical Jesus, a Hellenized Jew like Paul, now designated by Catholicism as a “Father of the Church” though apparently he was never a Christian.  (He is a character in Logos.)   Christ is therefore an enfleshed Logos.  But the modern empirical account of the historical Jesus and his lasting influence reprises the original Greek definition of “logos” —literally, the word, an account, a story.  Implicitly according to even the modern empirical account, Logos is indeed “God,” i.e., God is the power of story.

Obviously I owe an enormous debt to that notoriously unreliable narrator Josephus. I have repaid him by making him a major character in Logos, although I suspect he’d regard this as a poor showing of gratitude.

I am fascinated by the paradox that a religious movement appears always to begin as a reaction to authority and oppression, and if it succeeds, it will itself become autocratic and oppressive, a part of the very problem that impelled its founder to rebel.  Because my protagonist, Jacob ben Aaron, finds Christianity and expands on and refines its founding myth at about the time Christianity started to make this transformation, Jacob is in a sense an anti-hero.  I am convinced that Yeshua, the historical Jesus, was a rebel, a radical, and an apostate from the religion of his fathers.  He is just the kind of historical figure that I adore, and most emphatically not an anti-hero in Logos.

The wonderful thing is that, in writing this novel, I think I discovered the abiding element of Christianity that—for all of men’s deployment of Christianity as a means of oppression, and regardless of my personal skepticism—has been a recurring source of humanism and enlightenment since Christianity’s advent in the first century. 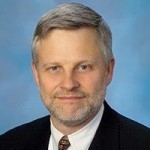