The Conversions is Now Available!

Theodore Richards’ new novel, The Conversions is now available in paperback and ebook! In this much-anticipated novel, Richards deals with some of the most pressing questions at this moment in history: What kind of world can be created with the end of industrial civilization? What is truly at the root of the so-called clash of civilizations? What is the place for religion in the post-modern world? Is American identity only about defining and excluding the other? What does a government look like when everything, even education, is privatized?

Look for The Conversions on Amazon, B&N, in your local indie bookstore, and right here in our bookstore. 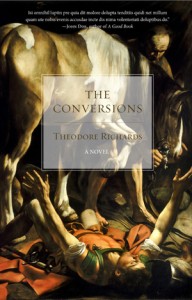 “Life and death, love and loss, endings and new beginnings: all these entwine against the backdrop of disaster and social change, with each protagonist bringing to the table his own unique ethnic and social background and his own desires to find a different place in a much-changed world…It’s these diverse protagonists and their perceptions, journeys and interactions that add depth and dimension to The Conversations, making it a highly recommended pick for those who like end-of-world sagas with another level of psychology and insight than your usual American apocalyptic focus provides.”

“Written with unflinching honest and prolific insight into human nature and the dangers of our corporate-oriented society, Richards’ latest novel The Conversions is more than a good book, it is a much-needed conversation starter.”

“What do you believe? What do you value? What will it take for you to recognize the sanctity of your life? Death? Of what, or whom? These are some of the questions that Theodore Richards’ deftly poses to his readers in The Conversions. The city sidewalks are turning to rubble. You’d best stop whatever it is you are doing. The world needs your answers. Now.”

“In the bitterly hopeful tradition of Kenneth (Albion Moonlight) Patchen and Samuel R. (Dhalgren) Delaney, Theodore Richards presents a poetic dystopia of immense power. His fumblingly broken characters stumble across each other in their occasional blind searches for instant gratification or eternal meaning, but ultimately it is the reader him- or herself who is the main character, bringing sense to the insanity of this near-future world that is more like the present than is the present itself.”

—James David Audlin, Author of Rats Live on no Evil Star and Seven Novels of the Last Days

“The Conversions questions our perception of identity, modernity, and humanity. Richards approaches these themes fearlessly and masterfully; through the use of subtle, refreshing prose and lively characters, he pulls the reader into the story, inviting us not only to ask our own questions, but to seek our own answers. ”

—Francesca G. Varela, author of Call of the Sun Child 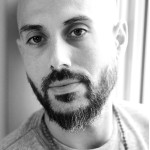 About the Author: Theodore Richards is a poet, writer, and religious philosopher. He has received degrees from various institutions, including the University of Chicago and The California Institute of Integral Studies, but has learned just as much from traveling, working or studying all over the world; and from the youth he has worked with on the South Side of Chicago, Harlem, the South Bronx, and Oakland. He is the author of Handprints on the Womb, a collection of poetry; Cosmosophia: Cosmology, Mysticism, and the Birth of a New Myth, recipient of the IPPY Gold Medal in religion and the Nautilus Book Awards Gold Medal; the novel The Crucifixion, recipient of the IPPY bronze medal; and Creatively Maladjusted: The Wisdom Education Movement Manifesto,which radically re-imagines education. Theodore Richards is the founder of The Chicago Wisdom Project and teaches world religions at The New Seminary. He lives in Chicago with his wife and daughters.

About the Book: In his novel, The Conversions, Richards deals with some of the most pressing questions at this moment in history: What kind of world can be created with the end of industrial civilization? What is truly at the root of the so-called clash of civilizations? What is the place for religion in the post-modern world? Is American identity only about defining and excluding the other? What does a government look like when everything, even education, is privatized?