William Huggins was born in the wild red rock beauty of southeastern Utah. He now lives, writes, works, and explores the desert southwest with his wife, daughter, and three rescue dogs. His father’s work for the United States Air Force caused the family to move a lot, usually to remote areas, and from an early age he learned to love to explore wild places.

A compulsive reader from an early age, he studied English at the University of South Dakota, Vermillion and later garnered a Masters in Arts in Literature, with an emphasis on environmental and indigenous literatures, from the University of Nevada, Las Vegas. Ecological issues suffuse his short science fiction, which can be found in Third Flatiron Anthologies, Another Realm, Expanded Horizons, and Universe VII: Visions, from Lillicat Publishers, among other places.

His critical essays have appeared in various media, including Studies in American Indian Literature, Southwestern American Literature, Texas Books in Review, The Canadian Review of Comparative Literature, The Journal for Critical Animal Studies, and Critical Insights: Louise Erdrich. He has several essays coming out in books in the near future.

He also blogs for several websites on various green issues, most often We Are Wildness but also environmental organizations. 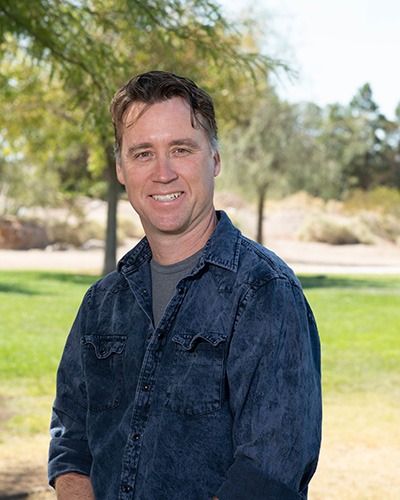 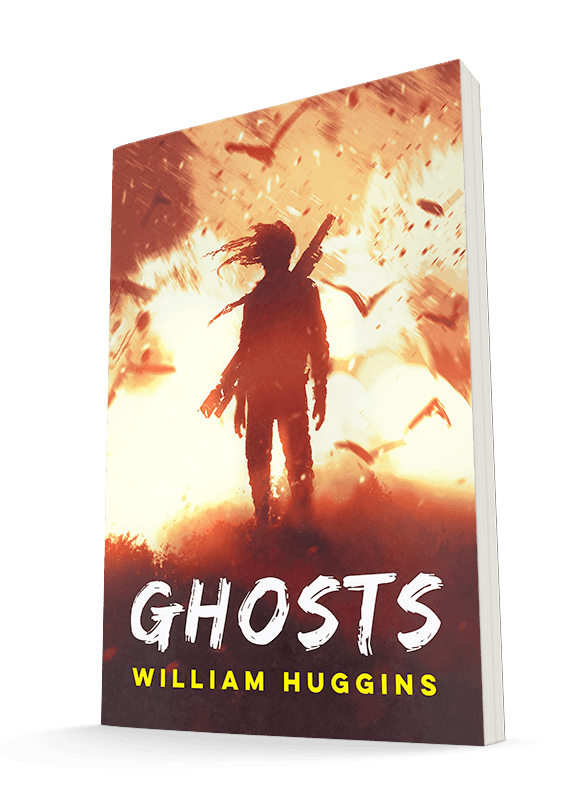 On the newly-discovered planet of Dorset, a small village of travelers try to establish a community. However, Dorset’s ecology quickly proves more complex than settlers expected. Led by Celly, the sole surviving warrior of the circle, the people grapple with unforeseen threats. Yet the challenge goes deeper than anyone suspects. Celly, whose memory stands as prodigious as his physical skills, remembers things no one else knows. Can the village survive the revelations of Dorset’s forgotten past?

“Huggins’ Ghosts is stunning. He crafts an engaging new world out of the dusty canyons of the former without sacrificing description and character depth. His prose is lyrical, for it shares a poignant song of the past; meanwhile, Huggins’ characters struggle to compose a new verse because of what they have left behind and what still follows them.”

“Ghosts is a story of awakening to a truth that has always been there, finally illuminated as walls are breached and surrender to diversity and change triumph over the drive to be in control. Gripping from the very first page, by the end, you may have a new idea of what it can mean to soften into who you are meant to be. A poignant reminder the past cannot be forgotten—and when placed in the light, has the power to transform fear into compassion.”

Celly   fIred   as   the   wraith—always, always so like a girl—stepped through the break in the cemetery’s fence, just as the tickling started in his mind, bending what he knew as reason and purpose to softness. He knew the feeling for the harbinger it was. He hardened, squinted his eyes and tapped the trigger gently, as his coding ensured. The shot swung her around and slammed the small body against a fencepost, hard. He paused a moment, holding his breath, but the wraith never moved again—simply lay, still.

He turned to his left. Up the hill he could see the black-clad figures, heads bowed, mourning still in progress. The Rector stood alone at the head of the fresh grave, skeletal in his black cowl, hands before him, reedy voice just audible—a low chant. The carbine fired silently but the impact made a sound, just enough to be heard over the light breeze. The entire village circled the fresh grave, faces down, a tight knot of black. Not a single head had turned. Another wraith down as though nothing had happened.
As it should be.

“They’re getting braver,” Zoran whispered through the transceiver.

Celly would have preferred silence until they moved the body, but he nodded. “Aye. Or more foolish.”

“Braver,” Zoran repeated, and Celly grinned. No soldier, Zoran, but all Celly had now since the Captain and his Brothers…departed—but he would not entertain that thought. What could have been—ah, what could have been. He had no will to argue with Zoran, either, his comrade in past times both better and worse. None of the villagers were ever meant to be soldiers, no, that was his lot—and besides, arguing with Zoran was an exercise in futility. Stubborn. From behind the thin wooden marker that shielded him Celly could see the old man packing up his gear, barely hidden behind his own cover on the far side of what had once been a gate. Celly knelt and did the same. He snapped out a woven fabric bag and carried it in one hand, pack in the other, then moved down the hill.

The mongrel, red and light gray mottled thing, rose on thin legs and followed him.

The wind stopped and the chanting filtered through the still air, holy and eerie simultaneously. Zoran gazed back at the mourners, a look of longing on his face. Celly echoed his sentiment—both men wished to be with the mourners rather than here. Celly felt a rush of anger against the wraiths that he had to do this now, at a time when the community should be together. He had no love for this work, but it had become urgent and necessary—and the Rector’s order. Celly, coded to obey. He stood over the body a moment, seeing it and not seeing it at the same time: tanned skin, bright red hair, firm features, small but well-fed—better fed than the village by far. The shot perfect, the beam killing bloodlessly. He thrust the corpse inside the bag, amazed, as always, at how little and light they were. Vaguely human, if he let himself admit it—which he couldn’t, and do his work. He sealed the bag and rose, lifted it to his shoulder—so, so light. He and Zoran walked back to town together, the old man limping slightly.

Celly never looked back. He didn’t give a second thought to anyone noticing them.

No one ever did.